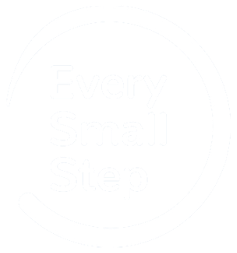 During our event, we'll be sharing a series of incredible stories with you. By registering for Every Small Step you will have exclusive access to these stories which will appear on your supporter page.

We invite you to walk with us and listen to our five-day podcast series. Together we aim to take 700,000 steps – a step for every family dementia carer in the UK. You'll be able to track your steps on the website starting from 18th October.

Download the podcast, go out for a short walk, and listen to our special guests share their stories.

In this podcast David and Terry speak candidly about the unique challenges that male carers face, how their lives have changed since their wives’ diagnosis, and the impact DCC’s course has had on their approach to caring.

Terry lives in Somerset and cares for his wife, Maureen, who has a diagnosis of Alzheimer’s. As an Ambassador for DCC, Terry is a massive advocate for the dementia community.

“When you’re a carer, your confidence goes a bit. You get out of the habit of doing things for yourself and you need to build it back up.”

When Maureen was diagnosed, Terry and his daughter started a Facebook page called 'Minding Mo - Our Journey into Dementia & Alzheimer's' to inspire others and raise awareness for dementia.

David lives in Bristol and cares for his wife, Jane, who was diagnosed with frontotemporal dementia in 2017.  They have four daughters and before her diagnosis, Jane worked in a school and thrived in their home.  A week before the UK went into lockdown, Jane went into respite care and David was told if he took her out they didn’t know if or when they could offer that respite again. This led to David being unable to see Jane for a period of months, despite maintaining his daily visits to the care home.

“It’s been such a journey and made me realise that you need to ask for help. If you think you can go it alone, as I did, you could soon find yourself up the creek without a paddle.” 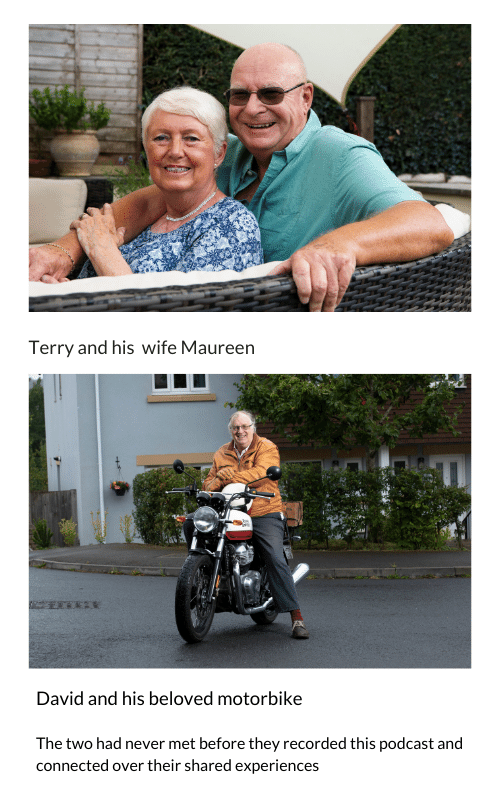 Our first podcast in the series is not to be missed and is a powerful, emotive and fascinating conversation between two carers. Dementia Carers Count is there for family dementia carers across the country and what better way to launch the Every Small Step event than to hear directly from carers living today in the community.

In this touching podcast Manjit and Peter talk about the life changing impact becoming a carer had on them and how this experience led them both to joining the DCC Carers Advisory Panel to shape the future direction of Dementia Carers Count.

Manjit’s caring roles have included looking after her mother, who had terminal cancer, and her father who had vascular dementia and Alzheimer’s. 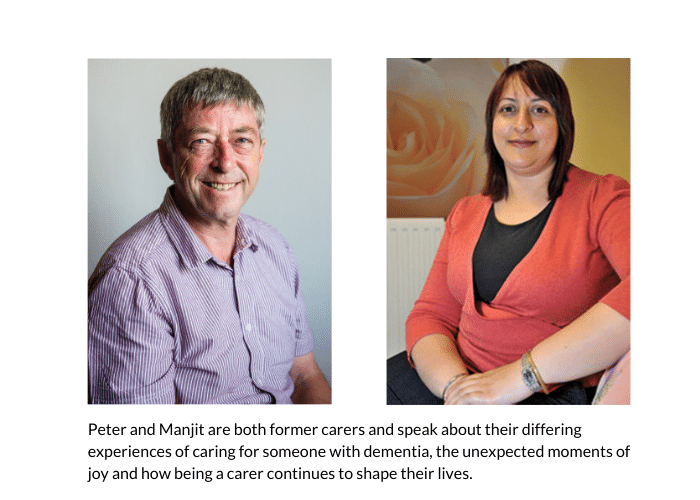 She experienced difficulty trying to access appropriate services, coping with the cultural expectations and biases of being part of an Asian community. As a working carer, she had to juggle constantly between her parents and her job.  As a direct result of her experiences, Manjit began working for charities focusing on Asian families living with dementia.

“My experiences have given me courage to speak out not only about my experiences but of the families I work with on a regular basis.”

For Peter it was only after several years of mounting symptoms that his wife, Brenda was diagnosed with vascular dementia in 2006, at the age of 59. Peter had given up full-time work to look after her some years previously and continued caring for her at home, until he was unable to cope anymore and she moved into a nursing home. His experiences highlighted the paucity of help and support available for carers of people with dementia and the lack of awareness amongst decision makers as to the needs of carers.

Peter speaks beautifully about the unexpected moments of joy he encountered while caring for Brenda.

“Without dedicated, supported and educated family carers the whole dementia support infrastructure would come tumbling down.”

In their podcast, married couple Jayne and Chris speak about how they met, the impact Chris’ diagnosis has had on their relationship and why they decided to continue being husband and wife instead of patient and carer. A touching, funny and wonderful account of a relationship over time. Not to be missed. 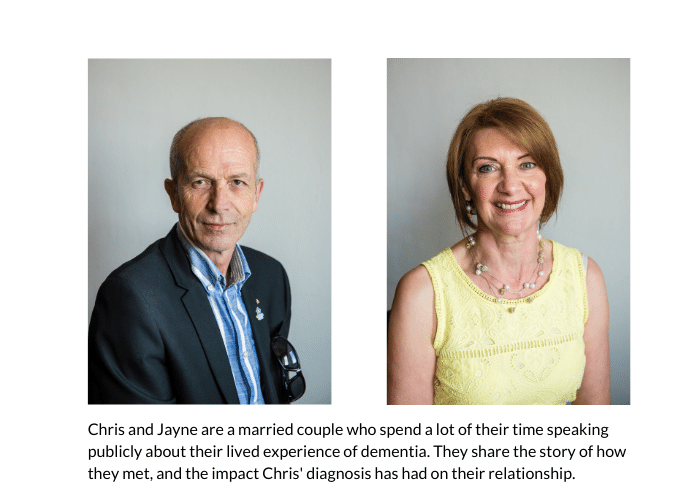 Both Jayne and Chris are members of DCC’s Carers Advisory Panel and Chris is Vice Chair on the European Working Group of People With Dementia, an Honorary Lecturer for Bangor University, and a member of the Dementia Policy Think Tank Group for DEEP. Chris has a diagnosis of mixed dementia, vascular damage, and Alzheimer’s. As a couple they spend most of their time speaking about their lived experience of dementia, both nationally and internationally. They contribute to various social media platforms and online peer support networks. They are Dementia Friends Champions, Ambassadors for the Alzheimer’s Society, Champions for joint dementia research, and Ambassadors for the National Association of Care Caterers, NACC.

In this podcast, Tony and Jill speak openly about working for and dealing with the NHS. Tony is a retired GP, recalling the moment in his career when he realised the important significance of family carers, and how the services available to carers have shifted over time. Whilst Jill, who cares for her husband, Paul, talks about the gap between what’s available to family carers and what they need, and how DCC is putting family carers back on the map. 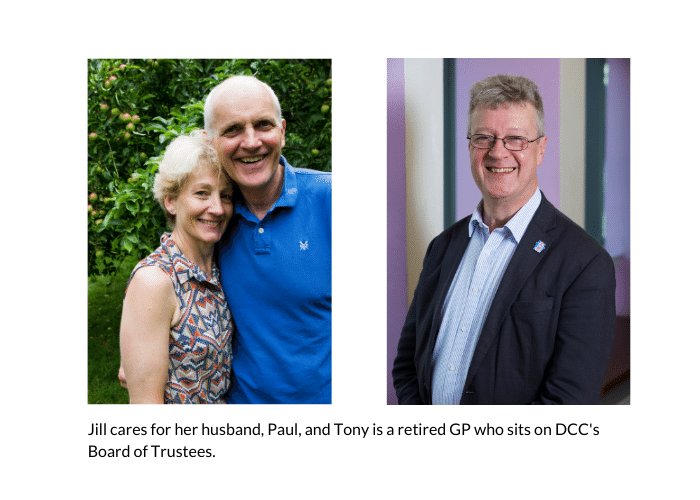 Jill is a member of DCC’s Carers Advisory Panel and cares for her husband, Paul, who after initially being told he was stressed and having a “mid-life crisis” was diagnosed with frontotemporal dementia four years ago. Before his diagnosis, Paul was a fine art valuer for a London auction house and Jill worked as a self-employed archaeological conservator. In 2019, Jill made the decision to give up her career, as she found it increasingly difficult to be a full-time carer and carry out museum contract work.

“Being a carer can be very isolating - friends and family withdraw as they don’t know what to say. They don’t know how to handle it – they’d rather not have to say anything. It shouldn’t be locked away from society like it’s a taboo subject.”

Tony joined DCC’s board of trustees in 2014, after he retired as a GP in North-West London. Tony helped to set up a number of innovative services and re-commission the local memory service in his area. As he moved away from clinical practice, Tony wanted to use his  skills and energy to support carers in other ways, and he felt DCC’s commitment to action research could  make a real difference to the lives of those who support and care for people living with dementia.

“Our job as a charity is to put carers back on the map; in every way that we possibly can.”

In this podcast, Claire, the Chief Executive of Dementia Carers Count speaks to former carer Juliet Long about Juliet’s experience of caring for her mother, the duty that plays into caring roles, and the ongoing support Juliet still receives from the people she met on DCC’s course. Juliet is an advocate for sharing the ‘other side of the carer’s story’ and speaks frankly about the duty involved in some caring relationships. 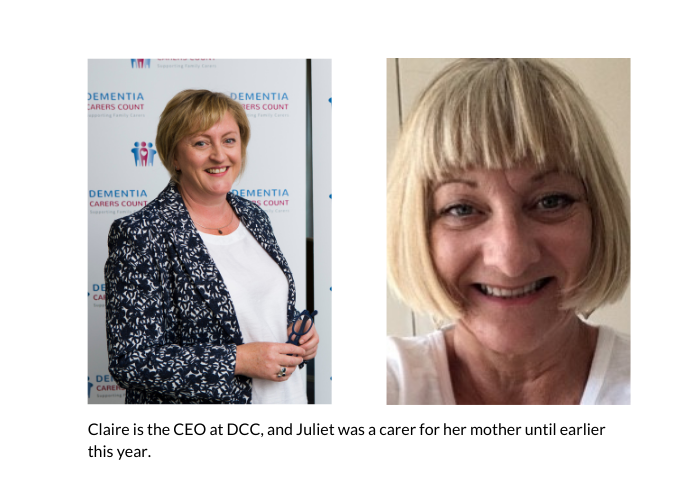 Juliet lives in Winchester and, until earlier this year, cared for her mother, who had mixed dementia.

“Our support for each other ranges from practical caring help, sympathy and support through down days and deaths, to book and hobby suggestions, sharing silly videos and hilarious accounts of people’s days that make us all laugh.”

Claire became Chief Executive at Dementia Carers Count in 2015 and was instrumental in establishing the charity’s vision to nurture a generation of family carers who feel confident, supported, and heard. DCC will always have friend and family dementia carers at the heart of everything they do, and they are committed to provide a welcoming environment to inspire family carers to learn and connect with each other.

Claire’s background is in social work, specialising in working with people living with dementia and has led numerous national and regional programmes relating to health and care services for older people. As a member of the Department of Health team that led the implementation of the National Dementia Strategy, Claire was the catalyst to numerous innovations in dementia. This included forming a social movement of people with dementia that led to the creation of DEEP (Dementia Engagement and Empowerment Project) and pioneered Dementia Friendly Communities.

Shobna is one of the family dementia carers who has kindly agreed to share her story with us. An award-winning actor, dancer, choreographer and presenter, Shobna recently published 'Remember me? Discovering My Mother as She Lost Her Memory'; a memoir on losing her mother to dementia.
In her podcast episode, Shobna speaks to Nimisha, who cares for her grandmother, about the highs and lows of their caring experiences and shares an insight into some of the amazing work that family carers do every day.

Shobna says, ‘Caring for my mother gave me a new perspective on many things – on my own life, my relationship with my mother and the rest of my family - as well as a real understanding of the challenges that hundreds of thousands of dementia carers are facing daily.’ 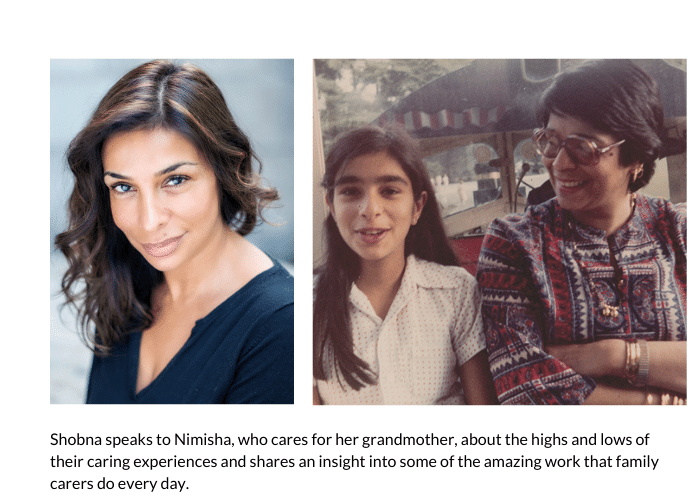 Shobna Gulati is an award-winning actor, dancer, choreographer and presenter, working across theatre, dance, film, radio and television, in schools and in the community. Her career thus far has spanned over three decades. She became a household name for her role as Anita in Victoria Wood’s Dinnerladies and as Sunita, in Coronation Street.  She recently joined Doctor Who in the continuing role of Najia. She has also appeared as a regular presenter on Loose Women and documentaries including River Walks (BBC1), Empire’s Children (Channel 4), Back In Time For Tea (BBC2), Disappearing Britain and Discovering Britain (More4). Her film credits include the BAFTA award-winning Shadowscan and Everybody’s Talking About Jamie, due for release in 2021. She trained at Manchester University, Trinity Laban, Goldsmith’s College, London, Darpana Academy for Performing Arts, India, and has also completed a post graduate certificate in teaching dance from Middlesex University. She has an honorary doctorate from The University of Huddersfield, is Chancellor of The Children’s University, Oldham and a Deputy Lieutenant for Greater Manchester. 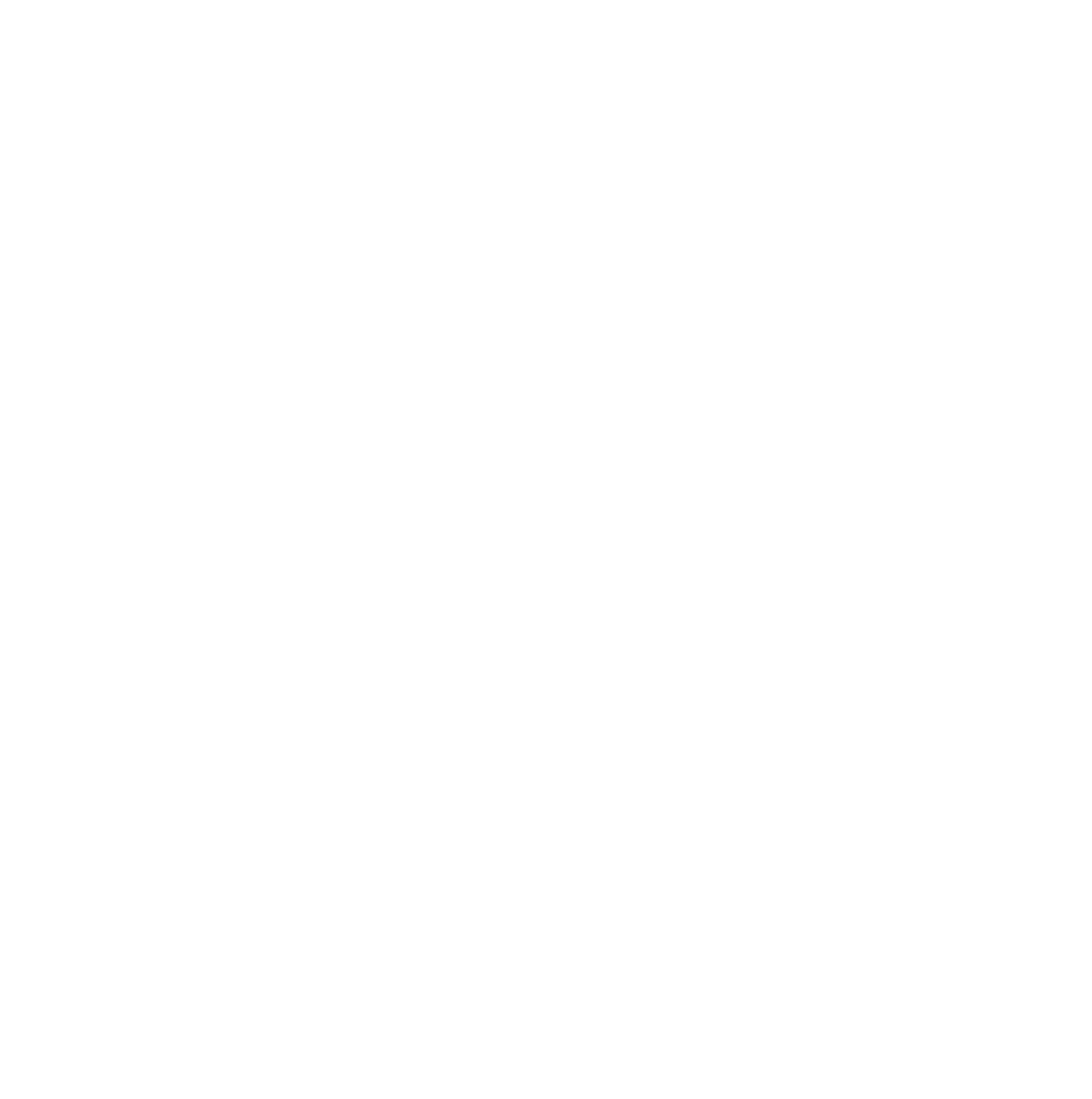 Charity registered in England No. 216613

Charity registered in England No. 216613